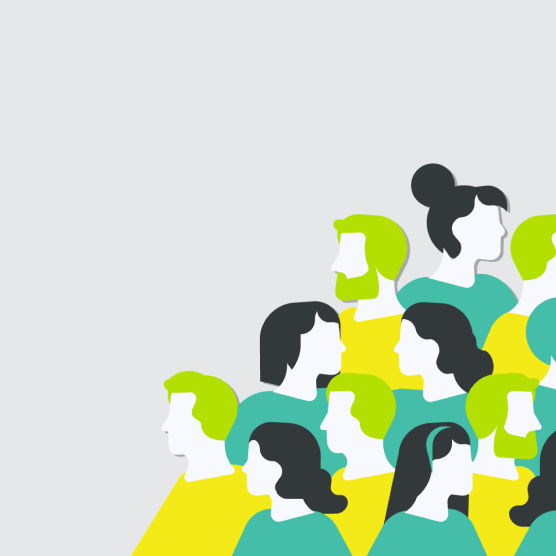 Where are the Environ ‘men’?

I vividly recall my time playing Tchoukball in school, when I made fun memories training and competing with my teammates, as well as building camaraderie. Due to the gender segregated training, the guys and girls didn’t interact much. However, there were efforts for team bonding and cohesion outside of training, often through team dinners. During one such dinner, we went to McDonald's. After ordering, my male teammates did the usual thing of taking straws for their drink, which caught the attention of one of the girls.

“Do you know what you are doing is extremely wasteful?”

“If we don’t take the straw, how do we drink the beverage?”

“Just take off the lid and drink it!”, she said, before going into a monologue on eco-friendliness and its importance. To the guys, this didn’t make sense. As eco-friendliness was not a priority, they felt that a straw was necessary to avoid drinking from the top of the drink, where the ice dilutes the drink. They were also a bit annoyed after being nagged at, so my friends took more straws and stuck it into their drinks.  Maybe this is why the guys and girls didn't get along well.

Even outside of my Tchoukball team, sustainability seems to be predominantly feminine in my school. The one who spearheaded the straw-free movement in Singapore was none other than Hwa Chong alumni Ang Zyn Yee, while my schoolmate Laura Lee founded ToiletRollSG, another nation-wide initiative aimed at recycling, well, toilet rolls. Even my class’ green representative was female.

Locally, (female) Minister for Sustainability and the Environment, Ms Grace Fu, pointed out that “many chief sustainability officer positions in companies such as the Singapore Exchange and CapitaLand are held by women”. While it is evident that women are already making their mark in the local sustainability sphere, that trend is set to continue with the founding of Women in Sustainbility and Environment (WISE) in November 2021, whose mission is to “ensure a strong, equal voice and representation of women in the business of sustainability”.

Local observations of high female presence in sustainability paralleled the global context too. Researchers from the Utah State University found that being eco-friendly was perceived to be unmasculine, while London-based research firm Mintel discovered that British women have better eco-friendly habits than their male counterparts. Many would also not be unfamiliar with Greta Thunberg.

Why gender differences exist, and why they matter

Given the inherent biological differences between men and women, we can try turning to science for answers. More specifically, psychology may offer some insights. Remember how my female teammate’s suggestion fell on deaf ears, and instead the guys did the very opposite of what she said? That’s known as reactance: an unpleasant motivational reaction to offers, persons, rules, or regulations that threaten or eliminate specific behavioral freedoms. In other words, we are (in general) rebellious and don’t like being told what to do. What’s fascinating is that a study on thousands of United States college students found that males tend to have a higher propensity for reactance, which explains the extra straw-taking during that dinner. Intuitively, this makes sense- males have a tendency to be more rebellious than females. Combined with the feminine connotation of sustainability, is it possible that guys find it socially risky to engage in eco-friendly acts like reducing straw usage or recycling toilet rolls?

As it is everyone’s responsibility to take care of our environment, our sustainability policies need to obtain buy-ins from not just the ladies, but the guys as well. How then can we encourage guys to go green?

Some of you may have heard of the term “GCP” before, which is used to describe guys who change their personality in front of females to appear more attractive to them. Based on personal observations, this was prevalent during the transition from an all-boys high school to a mixed gender junior college.

We could leverage this to inculcate sustainability in our young gentlemen, since a study on 1500 Americans found that “an eco-responsible man is perceived as more altruistic, faithful and a good father, qualities that make him an ideal life partner for long-term relationships”. Which man wouldn’t want to appear attractive to women? Perhaps restaurants or entertainment destinations (most of which may have a Sustainability/ ESG Department) could be encouraged to publicise eco-friendly features of their establishment (carbon-neutral business, recyclable food waste, etc.), which not only gives these men more eco-friendly dating locations, but also increasing the businesses’ revenue as well: a win-win outcome.

As for more mature adults, dating might be a thing of the past, so there is less incentive to choose these eco-friendly locations. Thus, a paradigm shift is still needed to convince these older gentlemen that sustainability matters, whilst not triggering their reactance. Once again, psychology and behavioural economics enter the field.

A clear way to avoid reactance, and complement the marketing of eco-friendly enterprises as previously suggested would be to curate the marketing messages very carefully. Instead of current messages such as “don’t use straws, they are wasteful” which might trigger reactance, we aim to trigger the opposite: a sense of masculinity.

An interesting study by Chinese automakers in BMW found that labelling their cars as “protection”, a masculine term,  instead of being “eco-friendly”, increased men’s interest in the car. In a similar vein, a restaurant that, say, minimises food waste, could use masculine terms like “aggressive food wastage reduction”, or “active waste management”, which inspire men to think more positively about these sustainability-minded restaurants.

“Ryan, these suggestions are untested and seem to be just a play on words. How do you know if there will be any tangible effect on men?” I’m glad you asked. These ideas do have a scientific backing. More specifically, they leverage the affect heuristic, which are split-second judgments that are often made subconsciously, evaluating words based on the emotions they elicit within us. This is what makes semantics so important. Masculine terms enable guys to better relate to sustainability as something that should be a part of their identity, thus we should take advantage of it and change our marketing towards male audiences.

Although us guys may not like to admit it, the science says that girls mature faster than us. Hopefully, changing the way we market the sustainability movement to males will help elevate their interest and bring more hands on deck. Ultimately, this can help them mature from boys to more responsible and environmentally-conscious men who take less straws at McDonald’s.

Ryan is currently serving his full-time national service in the Singapore Armed Forces. An environment and finance enthusiast, he is keen on making an impact by sharing his ideas through writing for Green Nudge and on his blog. In the future, he hopes to study economics in the UK and use his education to help the economy go net-zero and beyond.

The content written in this blogpost represents the views and opinions of our external volunteer contributor. Green Nudge is independently-owned and does not claim ownership of the views expressed in the content above. For questions, please email us at team@greennudge.sg.