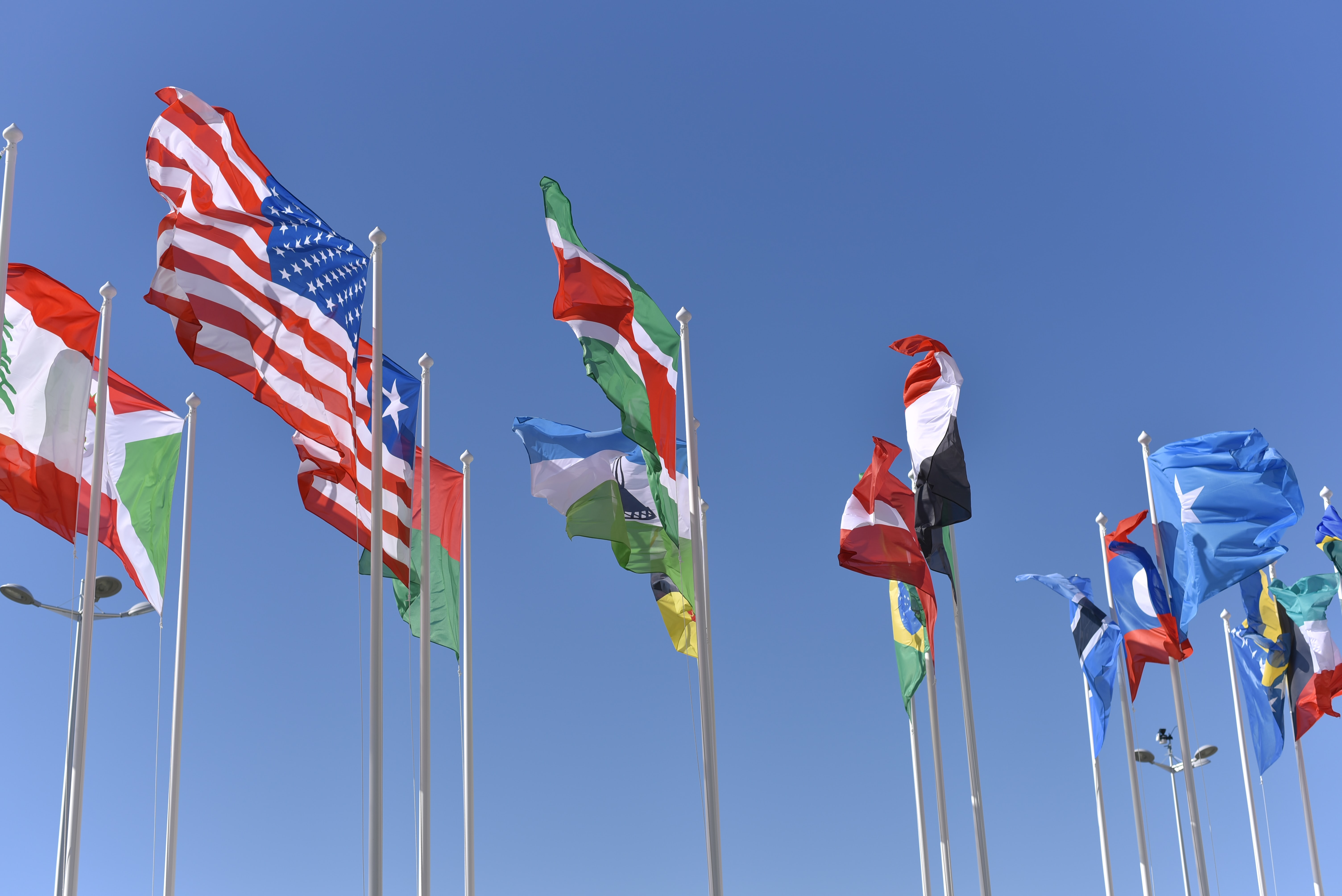 Our Take of the World Economic Forum 2020

Mention “World Economic Forum” and you are more likely to receive a blank stare from the man on the street on what it is or what it does.

Actually, so did we. But we got interested in this year’s Annual Meeting because for the first time in its 50 years of running, sustainability was not just mentioned but was a major theme of the event – “Stakeholders for a Cohesive and Sustainable World”.

For this international non-governmental organisation that was founded with the purpose to “bring leaders from the political and business arena to transform global, regional and industry agenda.”, this appeared to be somewhat intriguing for us. Of course, who can forget the memorable interaction between Greta Thunberg and Donald Trump?

Beyond the “clash of titans”, here are four other points gleaned from the Annual Meeting session, held in Davos, Switzerland in January this year:

1. Hope for the Environment?

Based on the Global Risk Report (diagram above) which was launched at the forum, the types of risks have been trending towards the environment (in green) over the past 4 years. In particular, this year highlighted a new type of risk – human-made environmental disasters. With the domination of environmental risks, it is no wonder that sustainability and climate change are high up on the minds of business leaders.

For individuals who have been talking about climate change, this seems like the hope we were looking for – Corporations and political leaders holding power and capital, planning to enact change. In fact, with many of the policies and trends driven by economic decisions, businesses driving sustainability would be extremely important and significant, since the change tends to be more long-term and self-sustaining.

However, before we all jump for joy, it is important to consider where such reports will result in a fundamental shift in the way businesses are run. Will they result in new “green principles” or are they simply cloaked in the same business operations with a dye of “green”? With sustainability being open to interpretation, what exactly is “sustainability” to these powerful leaders?

During the forum, some corporations released statements regarding the trajectories of their businesses in light of the climate crisis, which shed light on what “sustainability” meant to these companies.

US company Coca Cola announced it will not ditch single-use plastic bottles as it shared that “consumers still want them” and “there is a need to accommodate”. Despite its promise to use at least 50% recycled material in its packaging by 2030, some may argue that this would be insufficient to prevent the pollution for the brand, which was found to be the most polluting brand among plastic waste.

On the other hand, elite motor-racing series Formula 1 sets out to ban single-use plastics during its race by 2025, as well as aims to be carbon neutral by relying on carbon offsetting for its operations all over the world by 2030. The director of strategy said that they have “to be realistic” as air travel forms an essential part of their operations to bring racing across the world. Thus the challenge would be for F1 to balance its carbon footprint with its need to increase fans attendance and viewership so as to maintain popularity.

It is clear that these companies have no choice the will to improve the way they operate. Despite knowing that there is a need to be more sustainable, it will probably be not that simple.

For companies to move away from fossil fuels, there must be financial reasons, as shared by Scott Minerd, Global Chief Investment Officer of Guggenheim (can you say “Guggenheim” ten times?).

Ultimately, businesses are primarily motivated by profits and this inevitably forms how they view “sustainability” and their strategies.

Do you think “sustainability” is ambiguous? What are some of your favourite brands’ definition of sustainability? Are there areas of ambiguity in their definition and strategy? If so, how can it be improved?

3. Trees, many many trees

Several initiatives were launched during the meeting. One of the most eye-catching and even ambitious one was to plant or restore up to 1 trillion trees by 2030. That’s right. Not 1 million, not 1 billion, but 1 trillion trees (for the record, India currently holds the most number of trees planted in a day – 50 million).

By planting trees, one argues that it could reduce one third of the emissions required under the Paris Agreement. And this would be done by bringing together several communities who are already doing something. While this sounds great, what would be useful are the details. For instance, where will these trees be planted? How are they going to be maintained? And more importantly, how do we know we have hit the target, especially if we need to reduce the other two-thirds of the emissions through other means? While this is a good start, we would love to hear more details so that interested partners can also be part of the solution.

4. Can Social Enterprises play a part?

Finally, while the forum included many individuals from the private and people sectors, we can’t help but marvel at one particular project that was launched during the forum: UpLink. This digital crowd engagement platform aims to “catalyse the efforts to the world’s most pressing issues” by “connecting the next generation of young changemakers and social entrepreneurs to the networks who have the resources, expertise, and experience to enact change”.

With a centralised platform to connect changemakers to the necessary resources, Uplink hopes to reduce the effort for for-impact companies, particularly social enterprises to look for resources and focus on personalising and scaling up their services or products. This has the potential to set up an entire ecosystem to support social enterprises and individuals to thrive, relieving them of the need to find their own resoruces and plugging the gap that other stakeholders may fail to do so.  https://youtu.be/Z8CTKggLpp0

Rather than waiting for powerful stakeholders to grapple with the sheer magnitude and variety of problems, many players have taken it into their own hands to make progress, creating for-impact businesses. Not unsurprisingly, this mirrors a growing social enterprise scene in Singapore. Though in its infancy stage, the increasing social consciousness among consumers has poised these social enterprises for great potential. Thus a platform such as Uplink could be useful for smaller but passionate players such as social enterprises in Singapore.

On an individual note, Uplink reminds us of the many local environmental digital crowd engagement platforms that serve to empower individuals who have taken into their own hands to change their own lifestyles. They are not fancy, but simply functional in connecting resources to people who are striving to be green. Facebook pages like Journey to Zero Waste Life in Singapore and Telegram Groups like SUPPORT GROUP! are some of such platforms out there. Have you joined any of such groups? Are these groups helpful in your journey of living the greener lifestyle? If yes, how so? If not, why not? Share with us your thoughts!

Davos 2020 has proven to be quite a big conversation starter for sustainability. We look forward to more updates from the respective participants as well as more greener news later in the year!