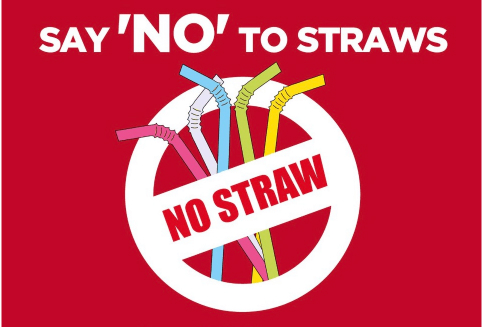 Can KFC’s move to reduce straws make any difference?

KFC Singapore’s announcement in June 2018 to eliminate plastic straws at its restaurants island wide makes it the first fast food outlet in Singapore to take a step towards the environment.

Unlike other organisations who have pledged to go green, which usually refers their pledges to infrastructural changes, (which tends to come along with newer buildings anyway), KFC’s move may be considered to be bold or unusual one as it is an intentional move that would affect its entire operations. But is it a really effective one?

At its dine-in outlets, this measure was being enforced by staff and the straw dispensers are noticeably absent from the counters.

A scan over 5 different outlets showed that there has been some degree of success in reducing the use of straws and lids. Counters also displayed signs that plastic lids and straws were no longer given out. During our visit to one outlet, one staff was overheard telling customers that straws are no longer provided in their outlets.

Based on our observation, there did not appear to be any drop in customer flow. And people simply drank from the cup directly. Perhaps just as how studies from local social enterprise The Final Straw have shown, the majority of people are indeed comfortable without using straws.

Till date, there hasn’t been any large scale demonstrations or uproar over KFC’s measures. In fact, general sentiments towards the move have largely been supportive, with some hoping that this can be followed by other fast food outlets.

No, it was not effective

Yet there were also instances of customers in restaurants who were seen eating from takeaway bags which features covered drinks (KFC’s measures only apply to dine in customers), so it may appear that some customers might have tried to circumvent the policy by claiming to takeaway their food.

At takeaway outlets, this measure did not affect its current policy of covering cups and lids so the measure appears to be limited in effectiveness. Nonetheless, there was a sign placed in the counter informing customers that no straws will be given. Thus, one can argue that there is a level of consistency with the broader message being sent even at these outlets.

Perhaps the largest form of outburst noticed would be in cybersphere where a bulk of social media comments had criticised the move. While not all comments wereinsightful, some had seen the move as cost cutting masked with an environmental front. Although this may not be as widely viewed by the public, this does reveal an alternative view that organisations need to be mindful, particularly when announcements such as these could affect their corporate image, even if these claims are untrue.

KFC’s moves are largely symbolic because it is not altogether going disposable free. Even though this is not the first time it has announced such a policy – it has announced similar initiative in Indonesia, most of its containers were still using plastic disposables, such as for whipped potato, coleslaw and rice bowls. In this regard, while the move is expected to reduce the amount of plastic straws generated, its impact can be limited.

Where KFC has made an impact is this. By reducing the amount of plastic straws and not replacing them with some other materials, KFC is aware that it is the reduction of use that could be more useful to the environment. Its willingness to cut back on a tangible material that is being used in its daily operations also highlights its commitment to be environmental friendly. It is not afraid to go where some organisations have gone and thus could be seen to be a major win from the policy perspective.

Arguably straws are not really its main staple – people come to KFC for its fried chicken and not drinks. In fact, if done well, this could be aligned with its ‘finger lickin good’ slogan. Much is still to be seen whether KFC can do away with other parts of its offering such as replacing disposable trays with in-house plates (such as in outlets in other countries), or going one step further to tackle environmental issues that are closer to its cause – chicken (but that’s another story)

Hmm, where did the straws go?

One question remains though. Since KFC’s announcement, how it does intend to tackle its excess straws? It’s red and blue straws cannotbe given to other fast food outlets, neither is it acceptable to be disposed of in bulk (we hope). So where do all the rest of the straws go? We suspect this will still be given out upon request, especially for takeaway orders.

KFC’s measures when viewed on its own, might seem like a drop in the (plastic) ocean. But its move sends a strong signal that companies no longer can ignore the issue. They themselves have a responsibility to play in the while ecosystem. Indeed, when organisations themselves disrupt the current system, they are able to effect a greater change to societal norm. And we hope KFC will be the first of many