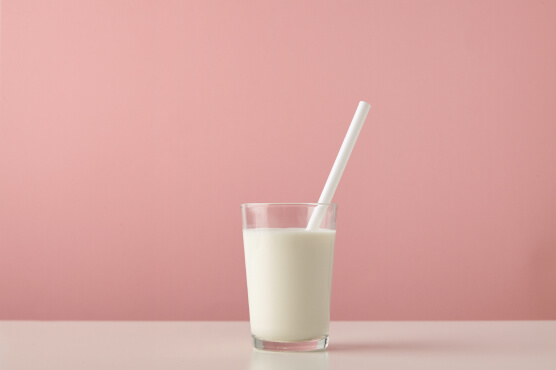 Recently, Yakult Singapore made an announcement to remove all plastic straws from its packaging. In addition, it also states in a separate announcement that they will be “looking at alternative materials” to replace plastic for its packaging. Straws have also been removed from other countries which suggest that the organisation is embarking on a wider green initiative beyond Singapore.

This is not the first time that a business has announced their intent to reduce waste. In fact, numerous companies such as KFC and Burger King(insert link) have done so. So what’s so special about this move that makes us at Green Nudge sit up?

1. This is a fundamental change in packaging design

Yakult’s move to remove straws means it will no longer be packaging one additional item alongside its products. In terms of waste generation, that means there are two less items generated from each bottle of Yakut sold (the straw and the plastic packaging around it). Unlike businesses which have decided to provide straws on a per request basis, this means that there will be no more straws generated as waste.

This is a positive step forward. We have seen for ourselves at Green Up! coastal cleanup events that small packaging and plastic items such as straws tend to form the bulk of the marine debris that are picked up. And thinner straws such as the ones from Yakult are often caught in small gaps among the rocks. At community functions, due to their small packaging size, it is the straws or their wrappings which are often left caught in the breeze and people tend not to pick these up because they appear to be insignificant.

By removing these, there is already an absolute of packaging being cut down. More importantly, it also means there is a smaller likelihood for incidental litter to occur. In other words, Yakult’s announcement has a direct impact to the environment, as its role as the supplier of the drinks and the straws mean that it directly reduces waste by not even producing them in the first place. Which in our opinion is really a sensible move.

Yakult’s move means that instead of making it optional for consumer to choose whether they would need a straw, consumers will have to drink directly from the bottle, or find their own straws to drink it. While straws may be necessary for a small group of consumers, the majority is likely to find its absence not really a big deal.

In the short term, there could be some discomfort as consumers who are so used to the straws may not be keen to adapt. Indeed, a certain proportion of consumers might decide not to buy its products because of the change.

However, if this is a long term move, chances are consumers will start to associate the drink being a strawless one, which is frankly quite similar to any other beverage in the market. Yakult’s drink is small enough to be easily consumed by the average adult in one go, and there would be less need to bring them around. And if there is a need for a straw, these are easily be found. Therefore, straws may not necessary have to be packed in with the bottle.

It would be a stretch to make consumers bring their own bottle for the probiotic drink, but removing something that is optional as a start, is likely to be a non-issue for most of its consumers. In fact, feedback on Yakult’s social media pages suggest that this was long overdue, as many of its consumers already do not use them.

In short, Yakult’s move would help to shape consumer’s behaviour and attitude towards the drink. When done so regularly, it turns the behaviour of not using a straw into a habit. Which is also what we at Green Nudge are advocating.

3) It is a business decision

For the longest time, companies are reluctant to make changes to their products because there will be a need to change the way that they currently operate. For F&B businesses, each tweak can be quite a change in the production processes and accordingly there are cost implications.

Yet Yakult’s move makes it possible by demonstrating that it is possible to make fundamental changes to the design of the packaging to cut down on packaging waste. Reducing packaging also means reducing cost of producing and packing in the long run.

And while it is possible that there would be some cost incurred in the short run as changes need to be made to the production processes, the reduction in the materials would likely result in cost savings in the future.

From a business standpoint, it would make commercial sense to reduce cost and increasing earnings. This means that businesses will find that it increasingly difficult to argue that it is not possible to make changes to their packaging based on commercial decisions.

4) You stand out from the pack

It’s not easy to make this decision you know. Consumers who are not keen on this may simply switch brands and select other products from Yakult’s competitors. Afterall, its target audience includes young families or children who like to drink these, and unlike the adults, may not be able to complete the drink in one go.

In addition, there are also business competitors which would be taking note of these moves. This appears to be an argument that many businesses such as supermarkets hold. Businesses need to stay profitable in order to survive and compete. So it looks like Yakult may be taking a gamble here.

Yet, if Yakult does it right, this move can be done in a manner that helps to connect with its consumers better. Which means that it can turn its initiative into an educational one, particularly its younger customers.

By doing so, it not only eases customers towards its no-straw initiative but may also attract customers who are eco-conscious to do so. And by customers, it’s not just individual customers that we are referring to, but corporates who see benefits in tying up with the company on potential green collaboration.

Studies such as the one by Nielsen show that consumers are willing to pay more for sustainable goods. If Yakult is able to explains its intent go beyond the removal of the straw, by looking at ways such as using recyclable packaging for its bottle, it could position itself by being a leader in sustainability within the F&B field.

As a dominant player, its move would also help to nudge others along who have no choice but to move along accordingly in order not to lose market share. Of course, it will have to be mindful not to be seen as greenwashing.

Yakult’s decision to remove straws from its packaging is certainly a long awaited move from a business that used to require it being served to its customers. While the move is certainly beneficial for the environment, it also sends a strong message to other businesses that they too need to change accordingly with time, and that it makes commercial sense to pivot.

While regulations on packaging are yet to be in place in Singapore, Yakult’s move also suggest that businesses do not have be regulated before they are required to improve. Indeed, we are beginning to spot companies which have the foresight to think ahead of time as well as stand out from their competitors, even in non-product ways.

We would certainly love to see how else Yakult Singapore is making changes to its product offerings, but its move has a subtle but important influence to the physical and commercial environments in Singapore.