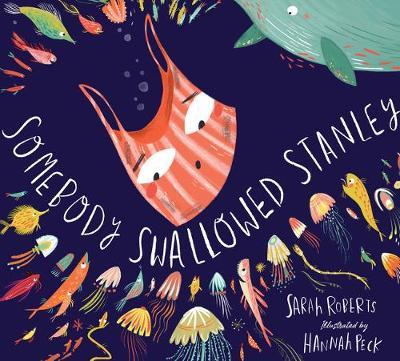 Looking for fun and interesting reads to entertain your children and teach them about the environment and our climate crisis at the same time? Here are some book recommendations by our volunteer contributor, Kah Heng, who shares her thoughts briefly on how each of them can be an enjoyable read for both yourself and your little ones! Kah Heng is a librarian who enjoys curating green reads by day, and an amateur investor who loves to discuss investing with anyone with willing ears by night.

I feel strongly about climate change and I'm sure you do too. So how do we talk about climate change, the intergenerational crisis of our lifetimes? It’s an extremely complex subject for adults to comprehend, let alone little ones who would unfortunately bear the brunt of its consequences. For me, the answer is clear--through books! Afterall, fiction is the lie through which we tell the truth. I’ve got three great reads covering different themes of our climate crisis which you may want to consider reading with your little ones (4-8 years old, unless otherwise stated). I’ve also shared a list of other honourable mentions with their broad sustainability themes at the end. Enjoy~

First up, The Fog* by Kyo Maclear and Kenard Pak. It carries the message that solving climate change first requires us to acknowledge the problem before involving international cooperation. I am 100% behind this message. Though the link to climate change in this story is not explicit, I think that’s the beauty of it. It could be simply read as just another lighthearted work of fiction or one can dig deeper and draw the links between the story and the real world. I’m going to try to share my interpretation of this work.

In this book, a small yellow warbler notices that a fog (a metaphor for climate change) has descended on Icy Land, where he resides with other birds, and he can no longer continue doing his hobby of human-watching. Just like climate change in the real world, the changes happening to the Icy Land are subtle but noticeable to the perceptive ones. The fog grows thicker and ice caps melt, however it seems like no-birdy (hehe :P) besides the yellow warbler notices it. He even questions his reality as he watches other birds adapt to the new conditions. The other birds could be interpreted as climate deniers or sceptics. Eventually, he bumps into a little girl who sees the fog just as he does and together they send messages around the world to find allies who similarly acknowledge the fog too. This is much like the real world where people are banding together to raise awareness of climate change. In the end the fog lifts as more and more animals from across the world reply to the message to acknowledge the problem. This could represent international cooperation that is very necessary for climate change to be resolved. I love the hopeful ending as I think the last thing we want to do is leave our little ones disillusioned about their future. Hopefully this book can help lift the fog over climate change for our little ones. :)

Next up, I've got a book inspired by climate change poster girl, Greta Thunberg. It is Greta and the Giants* by Zoe Tucker and Zoe Persico. The link to anthropogenic climate change is more explicit with this one and parents who would prefer books that would simply say it as it is might prefer this story instead. I like that this book gives children a climate role model to look up to.

The main character, appropriately named Greta, stays in the forest with other animals and is unsurprisingly a huge nature lover. (This gave me Snow White vibes and I found that very endearing.) Unfortunately, the beautiful fairytale premise didn’t last long. Giants (a metaphor for adults chasing development) were encroaching on the forest and destroying nature. Animals and other children who enjoyed the forest were distressed. Greta was initially at a loss, however she decided to stand up for what she believed in and protested with a sign. This is the part of the story that started to converge with real-life Greta’s story. Storybook Greta inspired others to join her and eventually caught the attention of the Giants. I believe this is homage to when Greta Thunberg spoke to politicians at UN Climate Change COP24. It was nice that storybook Greta managed to convince the Giants to pause what they were doing and slow down development though the same cannot be as straightforwardly said for Greta Thunberg. Nonetheless, I enjoyed and would recommend this book for its inspirational message that one is never too young to make change. For parents who may need a little help elaborating on the learning points of this book, the author helpfully included a short guide right at the end.

The last theme I think would be very on brand for Green Nudge to cover would be ocean pollution. Though pollution does not have as direct a link to climate change, it is still an important topic to cover with little ones as they embark on environmental stewardship. There are MANY children’s books specifically related to ocean pollution. I’ll elaborate on my favourite which is none other than Somebody Swallowed Stanley* by Sarah Roberts and Hannah Peck.

Stanley is a red-and-white-striped plastic bag who unwittingly found himself floating in the ocean. He first finds himself amongst jellyfish who think he looks familiar, but at the same time feel that he doesn’t quite fit in. Before the jellyfish can get to the bottom of this mystery, Stanley gets swallowed by a whale. Clearly, Stanley shouldn’t be part of a whale’s diet and she chokes, causing Stanley to be ejected from her spout. Stanley is then picked up by a seagull who similarly chokes and spits Stanley out someplace else. The plot continues with other animals accidentally swallowing Stanley until finally a little boy witnesses a sea turtle choking and rescues both the turtle and Stanley. He then repurposes Stanley into a kite.

I particularly love this story for storytime as you can get children to guess what animal accidentally swallowed Stanley. It also very clearly illustrates the chain reaction on our marine wildlife from a careless act of littering. I think that drives home the message very well of why plastic pollution is a huge problem. Finally, I love that Stanley is eventually repurposed into a kite thus embodying one of the three Rs. I hope this book would inspire children to take ownership of their environment through small acts like picking litter and getting creative to upcycle new toys.

Though it seems like home-based learning and working-from-home might continue to take place for now, I hope the pandemic doesn’t stop us from losing focus of the even bigger crisis at hand. Let’s nurture our next generation into environmental stewards one book at a time!

*The described themes are a rough guide and there are definitely overlaps between the books.

Other resources to discussing climate change with your children:

The content written in this blogpost are purely the views and opinions of our external volunteer contributor. Green Nudge is independently-owned and does not claim ownership of the views put out in the content written above. For questions, please email us at team@greennudge.sg.