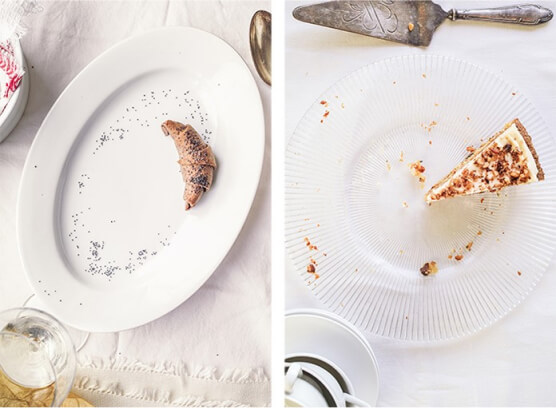 Being ‘Paiseh’ and How it Influences Our Food Waste

“Don’t want lah, you can have the last piece!”

“Eh so much food left, very waste money. You want to ‘dabao’ the leftovers?”

(Note: “dabao” (打包) is Chinese for “to takeaway” in colloquial terms.)

Sounds familiar? These are one of the many common statements during the dining table, bringing to light the different culture practices which may or may not generate food waste. The effects of socio-cultural practices do not yield one, clear result but rather it is often a result of a tug of war based on the people and the setting. We will focus today on three concepts: face-saving, group-conformity and virtue of thriftiness. These three concepts supposedly stem from Confucianism which is seen as a strong determinant of the world view of Chinese, however I believe that these are not practices exclusive to the Chinese as I read that even Philippines have their own version of ‘paiseh’ piece. I could not find existing research articles that looks specifically at this issue in a socio-cultural lens in Singapore, so the quoted studies below are all in the context of China.

Face refers to a person’s judgment of one’s position within the social network and it is one of the most important measurement of an individual’s social status in Confucian culture (Jin et al. 2012). In Chinese culture, almost everything is connected to face and every behavior represents giving, receiving, saving, or losing face (Juan Li & Su, 2007). Face saving refers to acts that an individual carries out to enhance or maintain his/her position (Ho, 1976). This is why the last piece of food on a shared plate is termed as “Paiseh piece”, in which ‘paiseh’ means embarrassment. It describes the situation in which nobody takes the last piece of food left on a shared plate because of embarrassment and to ‘save face’ or else they look greedy.

When it comes to taking away leftovers, surveys conducted by Wang et al (2006) in Beijing show that people were more reluctant to pack the leftovers in the presence of guests other than family members (Wang et al. 2016). Packing leftover food is regarded as a face-losing behavior, possibly conveying the impression that they are poor and being cheap (Chen 1990).

When it comes to hosting a Chinese New Year Steamboat, Wedding Dinner or simply a dinner, the thorough preparation to ensure the abundance of food signals that the host is giving respect and face to the guest for the dinner. In this way, the hosts’ social status can be guaranteed by gaining face through preparing or ordering large quantities of food. On the other hand, if there is not enough food served, the host will feel a loss of face and be in an embarrassing situation. Perhaps one reason, why we often overorder for buffets and parties in Singapore?

The concept refers to group pressure an individual feels or perceives which requires individuals to keep in line with a group norm, and it is often regarded as a characteristic of collectivist cultures (Juan Li and Su 2007). In Confucian culture, individuals should be consistent with the collective to facilitate and enhance the group’s harmony. By doing so, they can be regarded as a member of the group (Li and Su 2007). This is also linked to ‘face-saving’ because in order to save their face people form the collective norms to be inconspicuous and tries not to do anything out of the norm among the group.  This means that if taking away leftovers is not common practise in that social circle, an individual may be deterred to do so. However, on the other hand, if it is a common practise to finish one’s food in a shared dining hall, individuals may feel more obliged to comply and try to finish whatever is on their plate.

“Eh so much food left, don’t waste your money. Let’s dabao the leftovers.”

Save money. Don’t waste money. These phrases exemplify the central idea of ‘thriftiness’ seen as a virtue in Confucianism. The virtue of thrift and tradition of frugality can be useful in reducing food waste, hence causing people to takeaway leftovers, order lesser or reheat their meals. However, it is also shown that older people in China have a stronger culture of frugality which made them more open to saving and reheating leftovers from home cooked meals while younger Chinese more likely throw the food out as soon as the meal is over (Leung,2015). This shows that socio-cultural factors intertwines with the socio-economic transformation of our modern society where younger demographics commonly practice the ‘buy and throw-away’ culture.

These socio-cultural practices could potentially be leveraged upon in policies, marketing campaigns or ground up initiatives to nudge the behaviours and attitudes of consumers. Liao (2018) suggested that the China government should advocate the virtues of thrift and strengthen publicity of the Chinese tradition of frugality in the face of food waste. Consumers can form group conformity expectations to support frugality and combat waste. What about Singapore? Though it may speak to the Chinese majority, I wonder if our Malay and Indian friends receptive to such messages?

At Green Nudge, you could say that our work helps form a group conformity expectation where people should actively try to avoid producing waste in the first place. However, we also acknowledge that waste is sometimes unavoidable. If you are looking for ways to mitigate your fresh food waste such as uncooked vegetable and fruit cuttings, try composting. At Green Nudge, we provide composting workshops to corporates and communities to raise awareness on food waste and how composting can help us to mitigate it. Hit us up and we will be more than happy to share with you how we can partner together after circuit breaker.

Next time when we all enjoy the experience of eating out together and the ‘paiseh’ piece is left there on the plate, don’t paiseh and just take it.